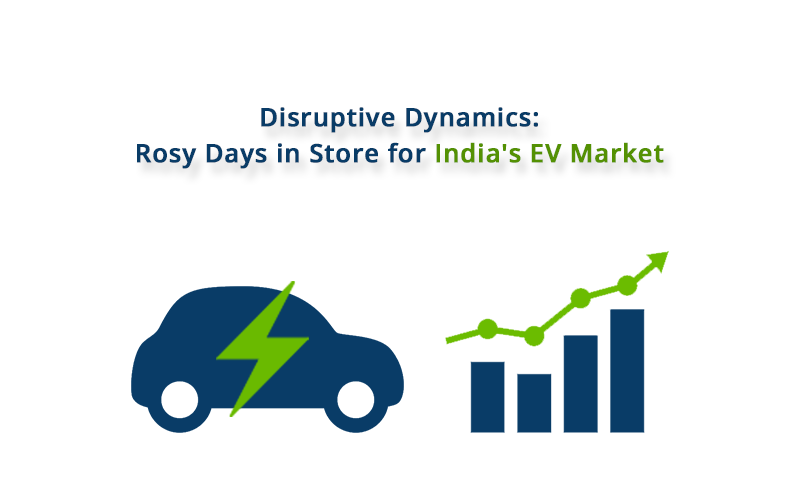 It goes without saying that India, too, just as all other countries, is taking giant strides in its bid to embrace Electric Vehicles (EV). According to estimates, the electric vehicle market is nothing but an opportunity worth INR 50,000 Crore. The market is expected to go past the 50,000 crore mark in 2025. Despite these forecasts, a large section of the Indian population is unsure of the potential of India’s EV market.

Experts are of the opinion that an average Indian consumer is not ready to embrace electric vehicles yet. The idea of parking your car at one of the many petrol stations in the country in order to get it refueled is no less than an ingrained prejudice. Moreover, electric vehicle charger manufacturer is a few and far between at present.

The Future of EV in India Looks Bright

However, many have opined that there are rosy days in store as far as the EV market in India is concerned. For one thing, the country’s EV market has been burning bright, all thanks to the changing mindset of an average Indian consumer. According to a recent study, a considerable chunk of the Indian population is expected to switch to electric vehicles in the next couple of years, thanks in part to the rising prices of fuel in the country. What’s more, the prices of rechargeable batteries are expected to witness a significant plunge by 2025. Now, this does come as a shot in the arm for electric vehicle charging station service providers in India.

It certainly won’t be an overstatement to say that gas stations would soon make way for charging stations in a few years’ time. However, there are certain apprehensions regarding the ‘quality’ of the charging stations. It goes without saying that setting up a framework of charging stations in a country as big and diverse as India is not going to be a cake walk. However, self-sufficiency can only be attained once everything is up and running. EV infrastructure manufacturers like Griden Power are constantly innovating to make this shift to a greener future of mobility possible.

Early Planning and Development is Key

First thing’s first: what is required is not charging, but fast charging. People have got neither time nor patience to stand in a queue for 15 minutes and above. What they want is a 5-minute charge that has the power to sustain the vehicle for the next couple of hours. Moreover, installing chargers instead of petrol stations is something that would need both time and patience. So long-lasting charging solutions need alternatives by an electric vehicle charging station service provider in India.

The idea is to dig a deeper trench that can accommodate several customers simultaneously. There is no doubt that electric vehicles are here, and it is a given fact that they are here to stay. However, the adoption of EV in India would take its own sweet time, to say the least.